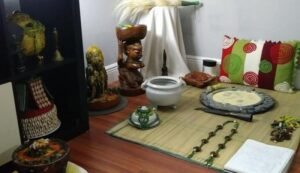 If Africa is more and more known, it is because of its traditions, but also thanks to its ancestral cults, in particular Voodoo. Today many people flock around the world to seek the services of the marabouts, the priests of Voodoo. Thanks to their mystical power, these powerful men offer those in need solutions to overcome the situations they are going through. These African marabouts are known for their ability to solve any problem, be it physical or spiritual. Unfortunately, not all marabouts are equally proficient. Some of them are far from having the knowledge and the power to satisfy you. This is why if you want to use the services of a marabout, it is important that you know how to recognize an effective African marabout.

THE VAUDOU AND THE POWERFUL AFRICAN MARABOUTS

Le Voodoo is an ancestral cult that we find in most of the countries of West Africa including Benin which is the cradle. It is both a science and a religion which mixes occult practice, mystical power and knowledge of nature. Voodoo is a portal that unites the world of gods with that of men. It is thanks to him that men, since the dawn of time, ask for and obtain favors from the many divinities who constitute his pantheon.

But what makes the strength of Voodoo are its priests, the marabouts. They are designated as being men who have made the choice to devote their lives to the services of gods and men. Marabouts are simple people who have obtained from different divinities, a mystical force which constitutes their power. They are also people who have been initiated into the spiritual world and occult practices. They have a great knowledge of nature, its functioning and its different elements. It is thanks to the marabouts that the gods hear the voices of men who cry out to them and act for their happiness. All this then explains why they occupy a notable place in African societies.

However, even if the marabouts can help you to end your problems, it should be noted that in the ranks of the African marabouts, some do not deserve the title. Indeed, many of those who claim to be African marabouts do not have the skills necessary to fully perform this function. As a result, they are not efficient in their work and cannot really solve the problems of those who come to them. There are also those who have never been initiated to Voodoo, who have not received any donation, but who offer their service only with the aim of profiting from the misfortune of people. Faced with this situation, it is then important that you know how to recognize and choose a real effective African marabout.

03 CLUES TO HELP YOU RECOGNIZE A TRUE EFFECTIVE AFRICAN MARABOUT

In finding an effective real African marabout, there are three basic details you should pay attention to:

Although these criteria seem rather banal, few African marabouts meet them. Consequently, choosing a marabout who meets these three conditions means having the assurance that the solutions he will offer you will be highly effective for you. 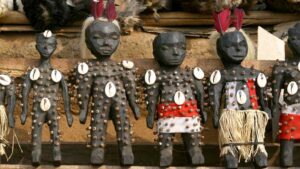 GHEZO, THE ONLY EFFICIENT AND COMPETENT AFRICAN MARABOUT AT YOUR SERVICE

Among the few effective African marabouts, Grandmaster GHEZO is undoubtedly one of the best exercising in the world. His power, seriousness and competence have placed him at the head of Africa's most effective marabouts. The numerous titles and distinctions he has received bear witness to his greatness. He is one of the few competent marabouts that no problem can stop, he always has a solution to everything. Because of the many positive testimonies on his work, he has long remained the reference for marabouts in Africa.

Thanks to its mastery of nature, and its multidimensionality, it intervenes effectively in all areas of life. He is both a healer and a sorcerer who offer treatments and rituals whose effectiveness is well established.

Thus, as a healer, he heals:

On the other hand, as a sorcerer, the great competent African marabout offers rituals for:

Now that you know how to recognize a real effective African marabout, it is now up to you to make the right choice. But at the risk of doing it badly, you can let the great marabout GHEZO take care of you. It will be difficult for you to find better than him, because he is the best in his field. Trust him and put an end to your problems.